Labiaplasty and its importance

Apparently, most people are usually uncomfortable to openly discuss some specific matters to do with their private lives such as issues of their sexuality. As a matter of fact, this has been a taboo in many societies across the world. But as days go by, the situation has been changing gradually as more and more people are becoming more confident and unashamed to share such issues and related concerns. One of these issues affecting women in particular concerns their sexual organs and specifically about the discomfort and embarrassment caused by undesirable sizes in the flaps of skin found on their vaginal openings i.e. labia majora and minora. These enlarged labia can often cause pain and some significant discomfort as the women do their daily activities, when they wear some tight-fitting clothes as well as during intercourse. Even then, if you’re a woman experiencing such problems which may be giving you a headache, do not be discouraged for there’s hope for you thanks to advancements in medical science, in the form of Labiaplasty. But what is Labiaplasty? You may ask. 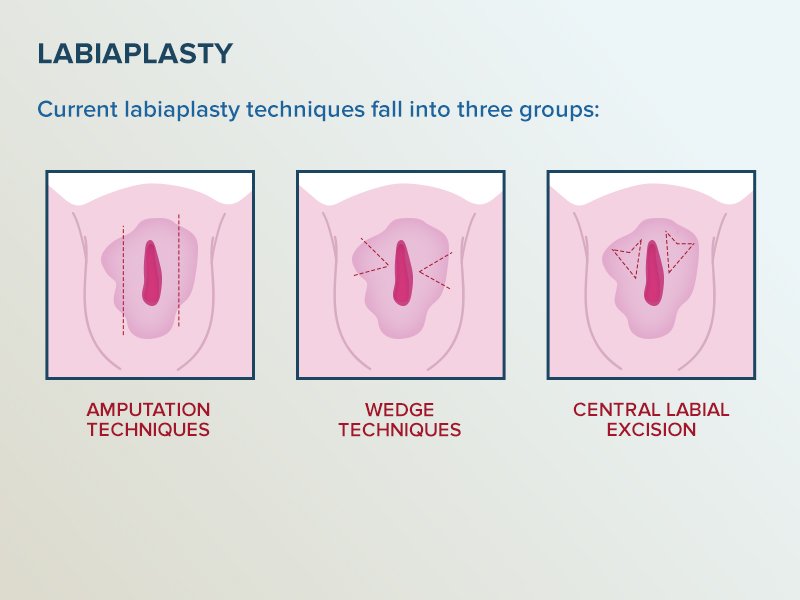 Labiaplasty (also known as labial reduction or labioplasty) is any surgical procedure done to alter and improve the appearance of female genitals and particularly the labia. Unlike in the past, more women are seeking it for several reasons. One of the reasons has to do with alleviating the discomfort/pain mentioned above in addition to the cosmetic reasons. Moreover, another reason is that with the increasing awareness of the appearance of genitals as a result of the easy access to photographs on the internet, as well as the common social trends for shaving genital areas, more women are seeking the procedure to give them their desired genital appearance.
Other times when labiaplasty may be necessary.
-when there’s much damage to a woman’s labia after giving birth.
-when a woman’s labia are contributing towards an infection, disease or they’re affected by cancer.

Is the procedure safe and reliable?

Generally, the procedure can be safe when carried out by well-trained professionals but also carries a few risks. Some of the risks can be short-term ones such as bleeding, scarring of tissue and possible infection. The long-term ones, on the other hand, may include reduced sensitivity as well as painful sex to name a few.
The procedure is also not 100% guaranteed to give you the desired result. However if this happens or some complications occur, you may require another procedure to help fix the problem. Read more about this on an article written by a surgeon specialized in Labiaplasty in Sydney, Australia

Age recommended for the procedure

In most places, the operation can be performed on women above the age of 18 years and those with reasonably good health. However, girls under that age are not usually recommended due to the following reasons:
-their labia may later grow and develop properly beyond puberty.
-it may cause some long-term problems like loss of sensitivity, and other reasons.

How it’s carried out

The operation is usually carried out by a plastic surgeon or gynecologist. Generally, it involves reshaping or shortening of vaginal lips by cutting away the unwanted tissue with a laser or scalpel. Afterwards, the loose edge may then be stitched up with dissolvable fine stitches. The process can normally be performed using a local or general aesthetic with sedation, and usually takes less than two hours to be completed.

Length of time before full recovery

Depending on the type of operation and the individual, the post-surgical swelling and bruising that may be experienced may disappear in 3 to 8 days after which most women can get back to their normal work. However, complete healing can be realized in a few months time.
And for more detailed information about the procedure, you may visit

This will also vary from one place to another and depending on the type of operation. And just to give you a rough idea, the cost may range from $3,000 to $10,000